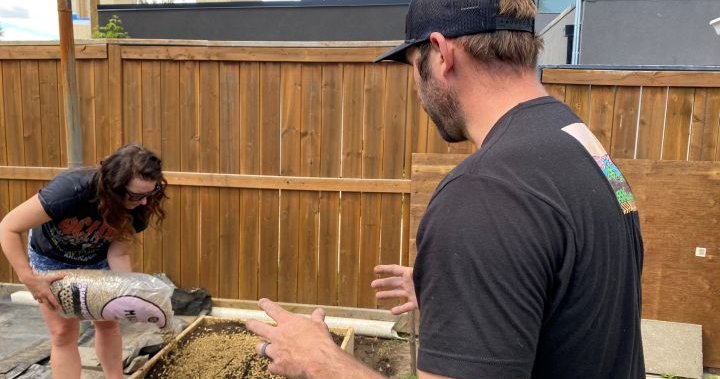 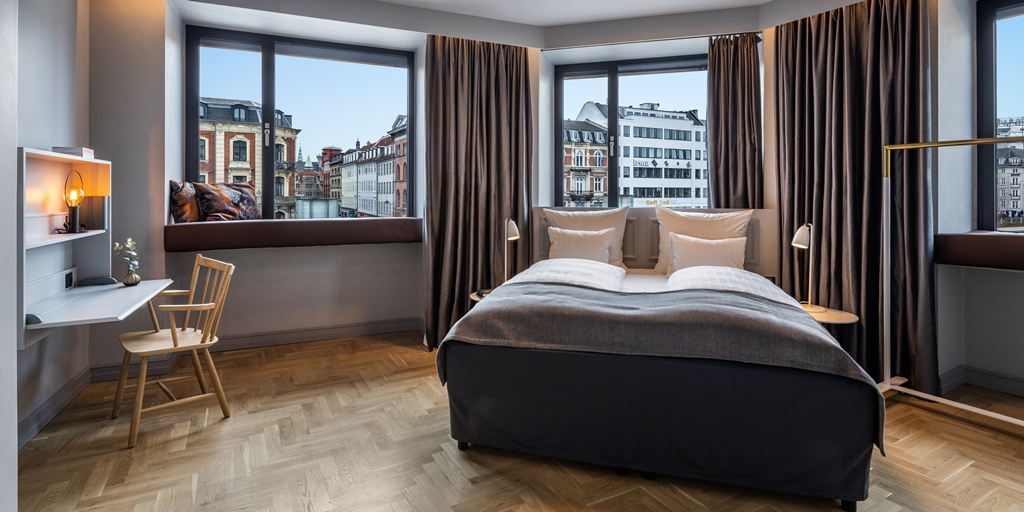 Northern Michigan’s vineyards are famous for their breathtaking beauty, with rolling green hills and endless rows of grapes. In many cases, a glimpse of Grand Traverse Bay glistens somewhere in the distance.

It’s no wonder that many of the region’s top wedding venues or scenic photo spots involve vineyards. What’s more surprising is how many local wineries are taking steps to ensure their management of the land does justice to the abundant beauty of the spaces they inhabit.

sour grapes
Historically, the wine industry hasn’t gotten top marks for eco-friendly protocols. The extensive use of chemical pesticides, herbicides, fungicides and fertilizers is common practice in the world of wine, as is monoculture – when a field is used for a single crop – an agricultural philosophy with a long list of cons. Collectively, these practices can damage environmental ecosystems, degrade soil quality, and create hazardous conditions for vineyard workers.

How common are these practices? California alone, the heart of the North American wine industry, tracks the use of more than 200 million pounds of agricultural pesticides each year, according to the state’s Department of Pesticide Regulation. This number represents the entire California agricultural industry, which goes well beyond just wine grapes, but there is data to suggest that grape growers are disproportionate users of pesticides. In France, for example, vineyards represent only 4% of the land occupied by agricultural uses, but represent around 15% of the total use of pesticides, according to the French Ministry of Agriculture.

It is also not uncommon for these chemicals to appear in the wine itself. In 2019, the United States Public Interest Research Group tested 20 popular wine and beer brands for glyphosate, a chemical used in Roundup weedkiller that is commonly linked to cancer. Of the 20 brands tested, 19 showed traces of the chemical, including major commercial wine brands like Sutter Home, Beringer Estates and Barefoot.

A glass half full
The good news is that a growing number of Northern Michigan wineries are pushing back against the unspoken assumption that poor environmental practices are a necessary cost of doing business in the wine world. In recent years, local winemakers have taken huge steps to get rid of harmful chemicals, build healthier soils, and protect the environment.

The best part? Not only are these strategies better for the land and water that make up our northern Michigan homeland, they can also produce better wine.

Green Bird was started in 2005 by a different group of owners, with the winery part going live in 2014. Hearin and Sedlar bought the business in 2019, seeing it as the perfect fusion of two of their passions: farming sustainability and wine consumption.

“As farmers first, we are stewards of the land,” says Hearin. “Part of making the best fruit is having healthy trees and healthy vines, and using chemical pesticides or chemical fertilizers or other unsustainable practices doesn’t produce healthy plants. Instead, at Green Bird we use many specific practices that incorporate a regenerative farming ideology into our farm. For example, we do not use chemical fertilizers; we use animal manure and we pasture our chickens and sheep in our vineyards, in our orchard and in our vegetable garden. They are our resident mowers and fertilizers.

Diversity = Beauty
A term for the philosophy described above by Hearin is biodiversity, which views agriculture not just as individual crop types, but as a self-contained ecosystem of plants, flowers, insects, and animals. It turns out that this diversity of life on a farm can help the growing process in countless ways.

Take Mari Vineyards on Old Mission Peninsula, a winery whose sustainability commitments include everything from irrigating crops with recycled wastewater to using waste from the grape pressing process to create compost rich in nutrients. A particularly notable part of Mari’s sustainability mission is a bee and butterfly sanctuary program, in which Mari works with a nonprofit called the Bee & Butterfly Habitat Fund to replace standard lawns with sunflowers and other pollinator habitats.

“And then, on top of that, pollinators will help diversify the ecosystem of the vineyard,” continues Hardin. “They will pollinate the wildflowers in the sanctuary, and they will also pollinate the clovers and cover crops that grow between the vines. …By adding the various cover crops between the rows, you benefit from the microflora under the vines and create healthier, more beneficial soil, which comes back to the vines.

Hardin notes that in addition to seeking more biodiversity in her vineyards, Mari has not used herbicides or inorganic fertilizers since 2017, and in 2021 treated 100% of her crops with organic sprays rather than with chemical pesticides.

Kick the Can (Chemical)
Peter Laing, partner at MAWBY Vineyards and Winery on the Leelanau Peninsula, says their business has also taken steps over the past six years to go herbicide-free.

First, the winery removed “pre-emergence herbicides,” which work to “prevent seeds from germinating and peeling off too early in the spring.” These herbicides, Laing says, tend to linger in the soil over time, to the point where they can hinder the growth of mature vines. Then, starting with the 2020 growing season, MAWBY also stopped using weedkillers.

“We planted clover and other low cover crops right under the trellis, right next to the vines,” says Laing. “Clover adds nitrogen to the soil for the vines to absorb, which is beneficial. And then all cover crops, when they go dormant in the winter, build our soil organic matter, which contributes to soil health. And that in turn gives us better fruit quality, healthier vines and stronger vines. »

Laing admits that the first year without herbicides was “a little tough” as new cover crops competed with existing weeds for space. “It was a lot of manual work: pulling weeds, weeding, all that,” he says. “But once those clovers and grasses started to establish themselves better, we really loved it. The vineyard looks a little less tidy because we don’t have those tidy strips of bare soil under the plants. But the vines are happier, we don’t pass this surplus tractor [to apply herbicides]and we don’t spray harsh chemicals into the ground. »

A down-to-earth movement
Green Bird, Mari and MAWBY are just the tip of the iceberg when it comes to local wineries that are making a substantial commitment to sustainable and environmentally responsible winemaking.

Dave Bos, owner of Elk Rapids-based BOS Wine, established his winery after returning to northern Michigan from Napa Valley, where he converted 367 acres of the famed Grgich Hills Estate winery to biodynamic and organic farming practices. The principles of biodiversity and biodynamics govern the entire operational approach of the farm.

Kewadin’s WaterFire vineyards are certified sustainable by SIP (Sustainability In Practice), a rigorous wine certification program that requires vineyards to meet “strict, non-negotiable standards based on science and expert input, independent verification , transparency and absence of conflict of interest. “WaterFire was the first winery in the entire Midwest to achieve certification.

There’s also a brand new player in the mix: Last spring, Amanda Danielson, sommelier and owner of Traverse City’s Trattoria Stella restaurant, announced plans to launch a new 20-acre vineyard on the Old Mission Peninsula. This vineyard, says Danielson, will not include a tasting room or even its own brand of wine, but will focus on growing grapes for other wineries in the region, in the most sustainable way possible.

Danielson’s project begins with what she’s dubbed “soil summer,” which will involve digging eight-foot soil pits on her property in Old Mission to assess soil health and composition. Later this summer, she will host a talk titled “Dirt to Glass 2022: Elevating Michigan Wine from the Ground Up,” which will present soil test results and highlight ways in which knowledge of soil composition can lead to smarter viticulture. strategies. The conference is scheduled for August 25 at Kirkbride Hall, with a “field day” on August 26 at the vineyards where the soil pits were dug and tested.

“It makes me really happy that the Northern Michigan wine industry is clearly moving towards good stewardship,” Hearin concludes of these growing trends. “It is our primary responsibility as citizens of this land – and especially the people of this region – to protect and preserve this incredible and priceless resource. Because it’s the best place in America, in my opinion: it’s a sacred place, with the beauty of forests and beaches. And I don’t think it’s safe to say that if you’re not actively preserving this place, then you’re helping to destroy it.